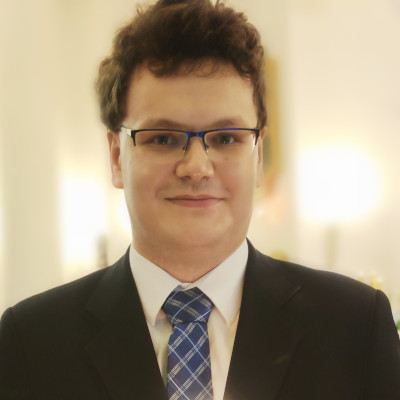 He has received his MSc degree in Computer Science from AGH UST in 2013. In his master thesis he design a prototype of framework for the automation of the unit testing process. In this framework he uses knowledge in the form of rules in the XTT2 notation. He was involved in the Prosecco research project (2013-2015).
In 2018, he finished his PhD thesis in which he prepared methods and tools for collaborative knowledge engineering. For the list of his publications see page.

He also received MA degree in Psychology from Jagiellonian University in 2016. In his master thesis he designed prefrontal EEG alpha waves neurofeedback training. It has been prepared to enhance the athletes' effectiveness during the competitions.

Currently, as a computer scientist and a psychologist, he is trying to combine these two disciplines together to create something new and better. His research activities focus on the methods of supporting the collaborative knowledge engineering process (management of quality, changes, and involvement of participants), affective computing (collecting and processing sensory and contextual data related to emotions) and ways of user interaction with information systems (including BCI and Neurofeedback systems).

In his free time he reads fantasy, rides a bike and tries to learn something new.